Thank you to all those who visited our booth at the Arlington Street Fair on September 16th! We appreciate your interest in preserving the historic Fishkill Supply Depot site. Pictured below are Trustees Ann and John for whose help we were extremely grateful. 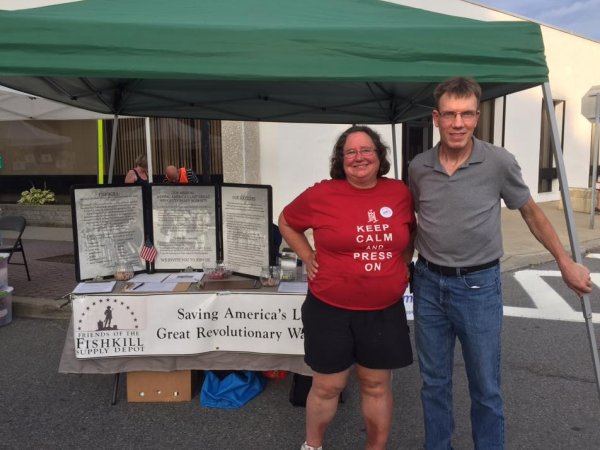 We encourage you to volunteer and help with event set-up and staffing. For infomation and/or general questions about volunteering contact: info@fishkillsupplydepot.org and thank you for your interest in the Friends of the Fishkill Supply Depot.